Supporting membership is conferred on those who contribute to our community, either by contributing quality content to the network website, or by contributing a $9 annual supporting member fee. Both forms of support are vital for the growth and enhancement of this network. Paid supporting membership was initiated June 25, 2012. New members who joined during the month of May of 2012, and existing members who joined in June of previous years were asked by an emailed paypal request to pay the $9 annual fee.  The process will be repeated once each month for the different months that members joined the network. I picked this staggered renewal scheme to create a relatively stable income stream for the network. You don’t have to belong to PayPal to use your credit card through them. Those not wanting to use PayPal can send a check or money order to me. My mailing address is listed on the Supporting Members Payment Page.

Those choosing not to pay for supporting membership will still retain their basic membership, and will be able to interact on the network. The network will remain open for people to join in the same way, as in the past, for general access and use. Nearly all of our pages will continue to be viewable by the general public, and to be indexable by search engines, which will allow potential members to find us and to explore the network.

Supporting members get a star in the corner of their of their profile picture. Supporting membership status will become required to access our group account on the Insight-Live glaze recipe database, several advanced discussions and groups, any classes we may hold, any votes on network business, holding committee positions, or participation in other special projects that may arise.

The survey last January revealed a strong level of support for making the cone6pots a paid membership organization. This voluntary supporting member scheme is a compromise between totally free and paid access only. It largely follows the models from organizations such as npr and pbs, except that we don't receive any governmental funding.

I keep asking myself, does the network, as it stands today, provide enough content, community, and value that it is worth paying for.  For a significant number of members the answer is clearly, “Yes”.  For others, “Not so much”.

The next question I ask myself is, “What would I do with the revenue, if I could generate income from the network?” I was able to think of a number of innovations that would make the network much more valuable to our membership. Last winter I started taking steps toward bringing some of them forward toward realization.

My vision for the cone6pots network is that it is a meeting and working space for a serious group of people seeking to improve their mastery of the craft, while enhancing their earning potential, using the best affordable and available technology, and working in concert with others similarly committed. The small $9.00 annual membership fee will help fund worthwhile new capabilities.

In four years I have learned that about 5% of our members contribute about 95% of the content that makes the cone6pots network worth belonging to. For that reason the 50 most active members were awarded complimentary annual memberships at the beginning of June of 2012. It is somewhat of a paradox that the 50 most active members are probably the members who will least object to paying the membership fee. But it was clearly a gesture I could make to show appreciation for the time and effort they put in to contribute to our community.

thank you! I was slow in getting started here, largely due to lack of computer skills, but have really benefited from the exchange between potters!  It is a great site.

Thanks for the add, George.  This site and your visionary efforts to help others in the craft are greatly appreciated!  Hope to see it continue to grow and prosper.

George, thank you so much for the free year of membership.  You are right, I would have gladly paid it.  You are amazing to have given so much of your time and effort to keep this site up and advancing.  I really enjoy this community.

If we wish to make a donation, where might that be found?  -carl

Many thanks George, I am very appreciative that you have included me in the list. This site brings me great pleasure when logging on everyday. I am thankful of the friends made here and the things I have learned since joining.

Thank you George, appreciate your kindness. I hope to be able to contribute more real soon. I work as a maintenance man at a college and they let me play in the clay studio during my lunch hour. Kind of like recess for me. Having the opportunity to run some stuff through a high fire gas reduction kiln, well to say the least is a bit distracting. It sort of put most my cone 6 stuff on hold.  All my tile work is cone 6 elc and that is what excites me about this web-site.  About 2 years ago I threw out all of my cone 10 test tiles thinking that I would never need them again and I was sick of them taking up needed space.  Consequently, I am in the process of going through the glaze book I received in college. It contains a few hundred cone ten  reduction glazes. I am making up a 100 grs of each recipe and dipping them onto three different clay bodies, Porcelain, my clay body and the schools clay body.  That way the student can get some use out of them and it provides me a way to repay their kindness. (My Clay body is a modified cone 10 stoneware. I increased  the feldspar to lower the melting point so it would vitrify at cone 6. I use it for tile work. I plan on retesting it again and adding some neph. sy. if I need to.) I have about 100 tiles done. When I started this project,  my thought was mainly to just revive some of the old glazes I liked when I was in school. But now that I am started. I suddenly see the whole glaze testing in a different way. It is as if I had the cart before the horse. Before I would make a pot and then look for a glaze. I think when I get all these samples done I will be able to look at all the colors and start to make pots to go with the glazes. It is even better when you look at it from a tile perspective. With tile I may only need a 100 grs of some color for part of a mural. I do not need a 5 gal bucket full,  But I might need three different shades of blue  and three different greens to create, lets say "depth of field" Lighter colors in front of darker color can create depth.  I need to have a "crayon box" with a lot of choices. Seeing that school is out for the summer. I am switching back to cone 6 and plan on making samples of all my cone 6 glazes. I am entering all the information into my digital fire software and I hope to have a very nice "crayon box" to work out of real soon.  (This set up you have with insight was a dream come true for me) I have come up with a Extruding system, a filing system and a method of storage that simplifies the process of fnding and testing or retesting my glazes.  Lot more work than the shoe box method but it will be a lot easier to use. Also it allows me a way to store the tiles and the unused portions of each test glaze. That way if I need just an air brush full of a certain glaze I can grab it out and  rehydrate it. I hope to take some picture of the process soon and will post them.  Didn't mean to get running off at the mouth.  Thanks again for all the work you are doing for us clay mongers. Happy firing Kabe.

"Before I would make a pot and then look for a glaze. I think when I get all these samples done  will be able to look at all the colors and start to make pots to go with the glazes."

Kabe, I can really relate to this as something I very much need to learn.  Enjoyed hearing your experience and appreciate your insight.  -carl

Thank you, George, for the recognition & free year of membership. I like what's happening here. It's the start of summer...I have more time. If membership isn't encouragement to spend some if it here, I don't know what is. If there is a Skype Group, please add me: v.cochran

Hi George
I think you will sort everything in order very soon.
The work and time you are giving in this web site is great.
Please let me know how and where to send the annual Membership.
I am not computer wizard like others.
Thank you
Gorgi Armen 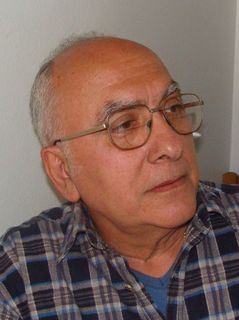 I love this site and will defnitely pay the $9 and try to be as helpful as possible.

This site is a great inexpensive learning tool.  Thanks for all your work.

The Supporting Membership payment mechanism is now in place. You can wait for the anniversary month of your joining the cone6pots network, or you can initiate your annual supporting membership at any time by clicking the the button/link below and going to our payments page. The link will not work if you are not a signed-in member.