I was very informed about ceramics by a sections of Josiah Wedgewood's Kiln Journal written while developing their original Jasperware, "Trial 136 Success!"  It's sad to see this.

Stoke museum's collection of pioneering potter, described as 'unparalleled' by Unesco, due to be sold to meet pension debts. 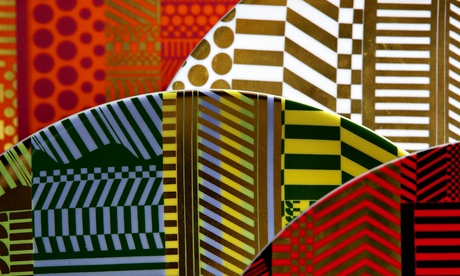 Wedgwood plates from the series Variation on a Geometric Theme, designed by the sculptor Eduardo Paolozzi in 1970

The vast Wedgwood collection of pottery, art and manuscripts – regarded as one of the most important industrial archives in the world – will be broken up and sold on the open market unless £2.74m can be raised by the end of November.

On Monday the Art Fund announced a three-month fundraising campaign to avert what it said would be a disaster for the nation.

The collection, valued at £15.75m, has been described by the UN cultural organisation, UNESCO, as "unparalleled in its diversity and breadth". Most of the money has been found, but not all. Stephen Deuchar, the Art Fund's director, said: "Our worst nightmare is that the collection is dispersed across the world and the threat of that does hang across this appeal very heavily."

Housed in Stoke-on-Trent's Wedgwood museum, the collection consists of more than 8,000 ceramics and 75,000 manuscripts, as well as paintings by artists including George Stubbs and John Singer Sargent.

The future of the museum has been in doubt since Waterford Wedgwood went into administration in 2009.

The demise of the company left a £134m pensions liability and because the museum was still solvent – and five employees were in the pension plan – the rules meant that the full pension debt was transferred to the museum.

The museum trust itself went into administration but that still could not protect the collection. The high court decided in 2011 that it could be sold to repay some of the debt – a ruling upheld by the attorney general in March 2012.

After much legal wrangling, the Art Fund has now come up with a plan it hopes will save the collection for the nation and meet some of the pension liability.

The collection has been valued halfway between Christie's lower and upper valuations of £11m-£22m and if all goes to plan it will be bought by the Art Fund for £15.75m and given to the V&A, which will, in turn, ensure it remains in the Wedgwood museum at Barlaston.

So far £13m has been pledged by the Heritage Lottery Fund and private trusts, leaving £2.74m to be raised by the end of November.

There are questions over why the collection was never properly separated from the company – as was the Wedgwood family's intention in 1961, said a representative, Alison Wedgwood, on Monday.

Tristam Hunt, the historian and Stoke-on-Trent Central MP, said he thought the real villain of the piece was the media tycoon Robert Maxwell. "The consequences of Maxwell's plundering of the Mirror Group pensioners created the pension law, which then had this very unexpected consequence of the 'last man standing' principle."

Deuchar said other collections, partly as a result of what had happened with Wedgwood, had now made sure they were completely legally separate from commercial entities that could go bust. "In the future, museums will learn lessons." 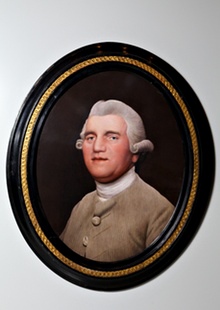 Raising the money was now the priority, said Deuchar. Normally the Art Fund has to carefully lay out the case for why something was so important and has to be saved. "You have to put a lot of energy into establishing that fact. I would say that we have had not had to convince anyone that this collection matters … every potential donor, every observer, every critic has agreed the importance of the collection is unrivalled."

Hunt said Josiah Wedgwood was the Steve Jobs of the 18th century. "The great news is that the pottery industry in Stoke-on-Trent is putting on jobs again, it's making money again, it's exporting again. It is a growing industry and to lose the collection, which is such a source of inspiration to today's designers, would be absolutely horrific."

Public donations to the campaign will be matched pound for pound up to £500,000 by a private charitable trust. Most of the cash raised so far is from the Heritage Lottery Fund in the form of a £5m donation and also the £5.8m it gave for the museum's refurbishment in 2005.

The most breathtaking moment at the Wedgwood Museum is not, perhaps, the glorious finished pottery – though it is spectacular.

For me, it is the trays of Josiah Wedgwood's experimental firings;  trays of potsherds, each incised with different numbers and letters, that represent his patient attempts to find just the right shades of chalky blue and sage green that would become his famous jasperware. It took nearly 3,000 trial firings to get there.

That and two of the four surviving "first day's vases" – beautiful, black basalt stoneware vessels shaped like Grecian vases inscribed with the date, 13 June 1769, and the motto artes Etruriae renascuntur – the arts of Etruria are reborn.

These are the pots that Wedgwood threw with his own hand, with his business partner Thomas Bentley turning the wheel, on the first operational day of their factory at Etruria – the patch of Stoke named after the region of Italy in which an enormous wealth of Attic pots had been discovered. 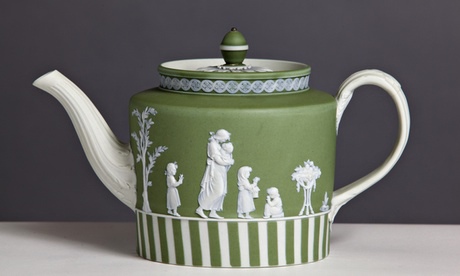 These objects speak eloquently of what Wedgwood represents: his powerful sense of the artistic possibilities and rich history of ceramics, combined with scientific imagination, technical skill and shrewd business acumen.

To experience the museum is to marvel at the scale of Wedgwood's achievement: from nine-year-old child worker in his brother's factory to a fellow of the Royal Society who made dinner services for the crowned heads of Europe.

The museum is full of other treasures too many to mention: among them, Wedgwood's miraculously delicate copy of the Portland Vase, and Stubb's portrait of the Wedgewood family.

The collection is a delight, but also a crucial record of one man's extraordinary industrial and design legacy. It would be a national shame if this collection were to be broken up and sold.

I watched a documentary of Cloisonné produced during the Japanese Meiji period (1877 to 1912), with works from the Victoria and Albert Museum in London.

One of the largest factory owners in Kyoto lost all of his orders as Tokyo and European makers began producing cloisonné in far brighter and more vivid colors - but all lacking true black.  After letting his employees go, he worked for two  years to develop a true black enamel - essentially what we purchase as "Best Black" from Mason Stains.

He produced a brightly colored cloisonné vase with a jet black background which won the Paris Exhibition, and he reopened his factory.

His quest for true black enamel took him two years partly because he understood no chemistry at all, so had to rely exclusively mixing and firing random ingredients until he finally achieved the color he wanted.

Since his ingredients were not combined at a much higher temperature into a uniform non-melting ingredient at his enamel melting temperature, as Mason "Best Black" stain is for temperatures of Cone 10 and below, he also had to remove the vase from the heat the very moment the enamel melted.  Wait a few seconds too long and the ingredients would separate by density, with the surface of the enamel no longer a true black.

It's humbling to realize the incredible effort it took to create each of the technologies we use and combine in our studios to make art.

Each aspect of Jasperware required trial firings: developing and maintaining the desired color; adjusting the firings for the ambient humidity; adjusting the shape and thickness of each greenware piece so it created the desired final shape - just endless.  "Trial 136 Success!" was just his final step in bringing all of the firing processes together.

Just outside of the original old Wedgewood factory is a massive three-story high pile of broken Wedgewood ware which didn't work out.  Computerized kiln controls make a lot of the process easier to manage, but there still remains fare more variables than I control for - so reproducibility is fairly elusive.

It might seem an odd comparison, but it's very similar to determining the cause of airliner crashes - studying any wreckage, the black boxes, witness statements, known weather patterns, and other evidence to determine why the failure or different performance occurred.

With the kiln controller we  have a "black box" we can use to discover pilot error during that portion of the process - how people know they programmed the kiln sometimes stands in stark contrast to sequences displayed by the post-firing Preview button.

When making dry glazes I've taught everyone to weigh each ingredient separately and always weight the final total to compare with what it should weight. If you're within 2% to 3% that's actually pretty good, but you can get better. Off by 10% and you usually have no idea what mistakes you made, so have to start over.

Since we buy prepared clays, whose ingredients are unknown to us, I'm currently amused by the differences in the finished glaze when applied to one type of clay to another.

There's a tremendous amount of variables to control in ceramics.  Surprises can be fun, but they can also be quite disappointing.

That is some serious dedication.